Ryan Wyatt describes himself on Twitter as YouTube`s head of Gaming by day, and a “web3 & crypto advisor/investor by night.” Now, he`ll be working in crypto during the day, too. Today, Wyatt announced that he will be leaving YouTube after almost eight years to join the team at Polygon 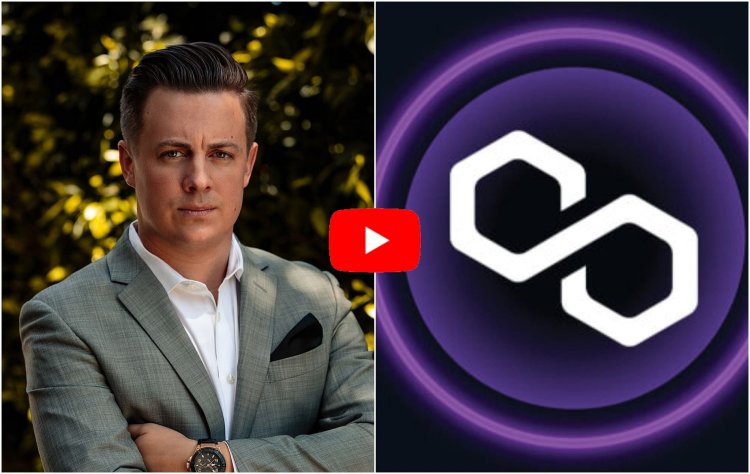 Ryan Wyatt describes himself on Twitter as YouTube`s head of Gaming by day, and a “web3 & crypto advisor/investor by night.” Now, he`ll be working in crypto during the day, too. Today, Wyatt announced that he will be leaving YouTube after almost eight years to join the team at Polygon, a blockchain scaling network built on Ethereum. His role at the crypto organization will be leading Polygon Studios, an effort to bring games and other media entities onto the platform.

“I will miss YouTube dearly, but it`s time for me to pursue other endeavors in life and where my passions are taking me,” Wyatt wrote in a note posted on Twitter. “I am fascinated by blockchain app development and am beyond thrilled to enter the web3 space.”

His move comes at an interesting time for YouTube, which is still figuring whether crypto technologies should be part of its future. The Googleowned video platform is flirting with the idea of NFTs, according to a letter published today by YouTube CEO Susan Wojcicki.

“The past year in the world of crypto, nonfungible tokens (NFTs), and even decentralized autonomous organizations (DAOs) has highlighted a previously unimaginable opportunity to grow the connection between creators and their fans,” she wrote. “We`re always focused on expanding the YouTube ecosystem to help creators capitalize on emerging technologies, including things like NFTs, while continuing to strengthen and enhance the experiences creators and fans have on YouTube.”

When reached for comment, a YouTube spokesperson did not elaborate further about the platform`s potential plans for NFTs.

Wyatt`s exit showcases a sustained trend of executives embracing web3 technologies and leaving their highprofile roles for existing tech giants, sometimes taking similar positions at much younger companies or organizations. A few weeks ago, the CFO of Lyft stepped down from his position to join NFT auction house OpenSea in the same role.

More tech companies and video game studios are confronting the question of how to implement blockchain technology. Last month, for instance, Ubisoft introduced the beta test of its Ubisoft Quartz platform, which will allow players to buy NFT assets to use in gameplay.

“The main reason why blockchain has been successfully applied to gaming is because of the idea of digital ownership, which was never possible with traditional centralized games,” Beryl Li, cofounder of Yield Guild Games, told TechCrunch.

But many video game fans are skeptical of how crypto might change their playing experience. In October, the video game distributor Steam announced that it would no longer host games that enable NFT and crypto trading. There is concern among some players that crypto developments in gaming are just predatory money grabs — many NFT items on DMarket, a virtual items marketplace, sell for upwards of $1,000 (still, it`s not as though you can`t buy expensive rare Pokémon on eBay). Last month,  GSC Game World reversed its decision to bring NFTs to S.T.A.L.K.E.R. Franchise through Dmarket due to backlash from fans.

Several YouTube executives have recently left the company with Wyatt. Suzanne Daniels,  founding director of YouTube Originals, announced her resignation, and not long after that, YouTube announced that it was closing its original content studio after six years. YouTube Creator Partnerships Senior Director Jamie Byrne and Vice President and Global Head of Product Partnerships Heather Rivera are also leaving.