Metatron's Cube is considered sacred by many and is used to understand the universe and some intangible ideas and beliefs. 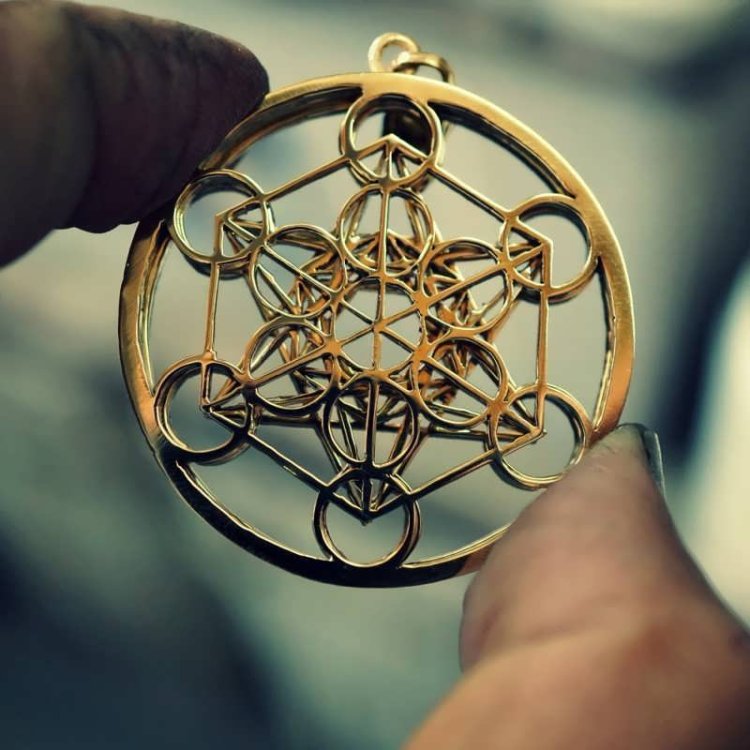 Most famous for its intricate geometric shapes of circles and lines, the Metatron's Cube is considered sacred by many  and is used to understand the universe and some intangible ideas and beliefs. This is how  mystical symbols have influenced various cultures through the centuries as well as their meanings today.

The term Metatron first appeared in the Kabbalistic and Talmudic texts of Judaism and is considered the name of an angel or  guardian. According to Jewish legends and myths,  this angel created a cube out of his soul. Metatron's Cube represents all  geometric shapes found in all creation and is associated with the belief that God is the geometry of the universe.

Metatron's Cube is closely related to Sacred Geometry, which has historically existed in various forms. The term "geometry" is derived from the Greek words "geos" and "metron", meaning Earth and measured accordingly. It simply refers to the study of shapes and mathematical formulas  found in nature.

In the custom is said to date back to ancient civilizations including the Sumerians, Egyptians, Phoenicians, Minoans, and  Greeks. Sacred geometry was an art  traditionally confined to the priesthood and  called sacred. It was believed that things are created according to a certain geometric plan, and the study of sacred geometry reveals the secrets of creation.

Metatron's Cube contains the most common shapes in nature, including circles and lines. Technically, it consists of 13 circles connected by a straight line from the middle of each circle. There is a central circle surrounded by six circles that form the flower and another  six circles extending from it.

A series of connected lines form various shapes called  Platonic Solids, which are said to be the basis of all design in the universe. Some of these shapes are pyramid, cube, octahedron, dodecahedron, and icosahedron. These geometric shapes appear repeatedly and randomly in nature, leading the ancient Greeks to associate them with  five elements.

Meaning and Symbolism of Metatron’s Cube

Balance and Harmony - In sacred geometry, the symbol represents the energy balance of  the universe. If you look closely at the symbols, you can see how everything is connected, no matter how  small or trivial it may seem. Pulling one rope affects everything. The circles are connected by lines representing the harmony of everything. It is said that the circle of Metatron's cube symbolizes the feminine principle, and the straight line symbolizes the masculine principle. Many people use this symbol as a source of inspiration for personal change.

Creative symbol- Metatron's cube is believed to represent all  geometric shapes found in nature. Ancient civilizations and  mystics viewed it as a map of creation. Even today, some scholars  believe that the symbol is a component of all things in the universe, and even reveals an inner knowledge of God.

Healing and Protection - In some cultures, Metatron's Cube is used for guidance, healing, and protection. As the keeper of the heavenly secrets and the highest angel, Metatron is believed to be able to attract positive forces and dissipate negative energies. Modern Metatron Cube

This symbol has inspired many masterpieces in art,  architecture, fashion and jewelry design. Others meditate on symbols that are said to have healing and protective powers. Here are some of its uses.

In Consciousness and Meditation

The Metratron's Cube is often used as a mediated focus tool in the hopes of helping someone  find meaning in life and promote peace and balance. It is also believed to protect against negativity and attract positive energy. In some cultures, this symbol is even hung on  windows and doors to prevent malicious influence.

Some people who believe in Metatron's cube and the concept of  sacred geometry include this symbol on tattoos and jewelry. Pendants such as silver and gold necklaces, rings, and pendants are also available, but there are also trendy items such as T-shirts, jackets, and dresses engraved with a seal-shaped symbol. Cubes are also  popular tattoo symbols, where their symmetrical shapes create intricate designs.

In art and architecture

The concept of Metatron's Cube can be seen in Trcto's masterpiece on display at the Hyperspace Bypass Construction Zone, an art and design studio based in California. The symbol is also used in the design of various religious structures, from tents to altars, temples, mosques and churches.

How to use Metatron's Cube for meditation?

One of the most popular uses for the Metatron Cube is  meditation. Place the cube figure on the floor or wall and view it while meditating.

The exact origin of the cube is unknown, but myths say that the angel Metatron created the cube from his soul.

A cube can be thought of as a 2D illustration of a 3D cube.

Bill Gates Predicts That Metaverse Will Change The Way...