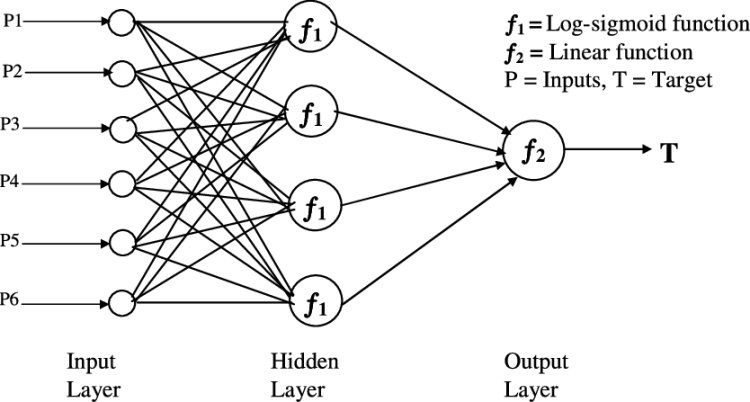 What is NN Model?

A neural network model, or neural network, is a technique used to approximate an unknown function using historical data or observations of a domain.

Neural networks belong to the class of supervised machine learning algorithms and are similar to how the  human brain works.

These consist of a set of connected I/O nodes,  each connection having an associated weight. All inputs are modified and summed by these weights. The activation function determines the amount of output for each node and allows normalization between 1 and 1. A neural network is made up of layers, each with multiple nodes. The first layer is called the “input layer” and the last layer is called the “output layer”. The layers in between are called “hidden layers”.

Neural networks are mathematically described by the Universal Approximation Theorem. This theorem states that a feedforward network with a linear output layer and at least one hidden layer with a crush activation function can approximate any function with a  given error if there are enough nodes in the hidden layer. For the first time, Georgy Tsibenko proved it.

There are several types of neural network models, such as feedforward neural networks, recurrent neural networks, and convolutional neural networks. Neural networks with multiple hidden layers form a special  knowledge system known as deep learning. The NN model has recently gained a lot of importance  with the advent of big data. In these models, large amounts of continuously accumulating data are represented. Their fields of application are very wide, from science to engineering, from medicine to finance. The list continues to grow as more and more data comes in from a variety of sources.

Advances in robotics and IoT have provided a new basis for neural network models to be used in vision, image analysis, natural language processing, and more.

What is Neural Network?

A compromise with this flexibility is that  neural networks are difficult to interpret. If you are trying to describe the underlying process of creating a relationship between a target and a predictor, it may be better to use a more traditional statistical model. However, if the interpretability of the model  is not important, then you can use a neural network to get good predictions.

SIMULATION OF HUMAN CONVERSATIONS THROUGH AI