Extended Reality (XR) is a generic term that encompasses all current and future technologies for augmented reality (AR), virtual reality (VR), mixed reality (MR), and everything in between. 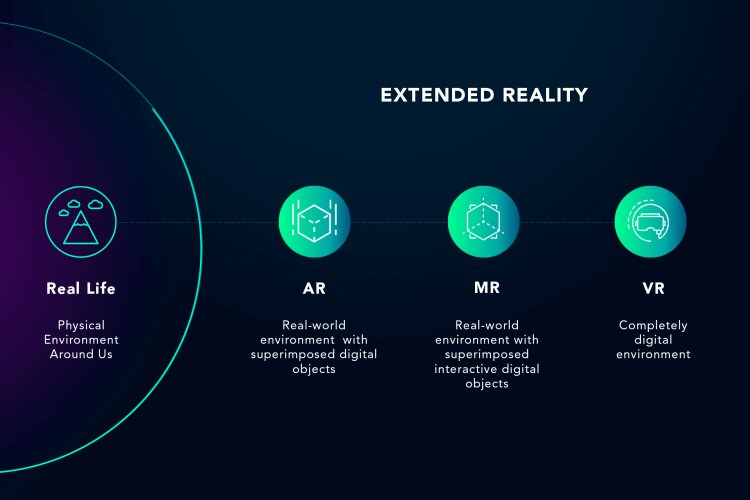 Extended Reality (XR) is a generic term that encompasses all current and future technologies for augmented reality (AR), virtual reality (VR), mixed reality (MR), and everything in between. The XR includes all the immersive technologies we have today and the ones we will develop in the future. Even the so-called Metaverse is synonymous with EXtended Reality.

Since XR is a broad term,  use cases can be derived from  AR, VR, and MR subsections. They are currently  used in a variety of  industries for a variety of purposes. Here are some examples of augmented reality applications:

This is the most common use of the XR  you will find in everyday life. Even if you've lived under a rock, you've probably heard of Pokemon GO (AR) or watched a 360-degree video. If you're a power user, you're probably more familiar with virtual reality games that you can play with your VR headset.

Large technology companies such as Google, Meta (formerly Facebook), Microsoft, Sony and Amazon are already expanding these capabilities. In the name of creating Metaverse, these companies have released XR tools to help developers create new AR/VR experiences. So, we will see more XRs in the future.

You might think that VR headsets or AR glasses are the only things considered XR devices, but they are not. Smartphones are also XR devices with many uses. Additionally,  the success of the Quest 2 headset is making VR, VR and AR  more common.

The applications of augmented reality in the real world are endless. Multiple apps are available, such as Ikea, Amazon, and many others, so users can see how their purchased products look in place. VR conference rooms also allow users to work together in a virtual environment, making them perfect for remote work.

Extended Reality can also provide valuable training to pilots, doctors and military personnel by simulating various conditions in VR or AR. In the past, experiences gained in very stressful situations were invaluable because they are rare. But with XR, members can learn  more right from the start.

For the average person, it is difficult to imagine a future world with such technology. Fortunately, a 2016 YouTube video titled HYPERREALITY gives you an idea of ​​what a future filled with augmented reality metaverses might look like. The XR is not a widely used technology and is still in its infancy. Several military and medical uses are still under development.

Augmented Reality (AR) | Here Is All You Need To Know About...