OneUPI on 12th May Announced on the SuperTeam Community call live in Solana Hacker House India Edition that they have raised their pre seed round of funding from FTXSuperteam and Gradcaptial. 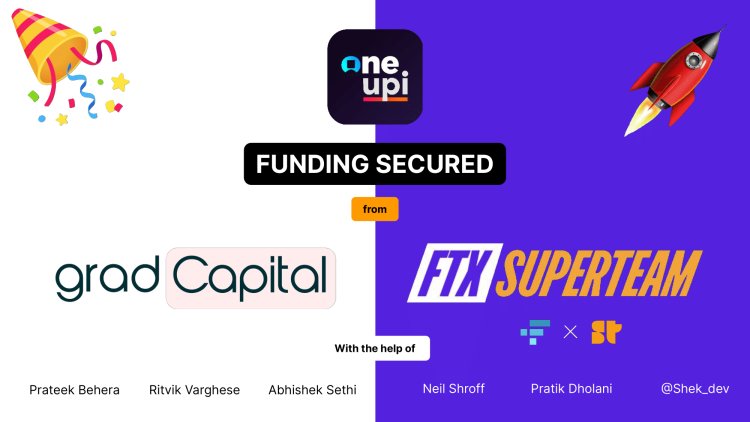 OneUPI on 12th May Announced on the SuperTeam Community call live in Solana Hacker House India Edition that they have raised their pre-seed round of funding from FTXSuperteam and Gradcaptial.

What OneUPI has to offer!

OneUPI is not just Web 3.0 focused but also serves web 2.0

Beta launch of the product will be released from 25th May 2022 following which limited batches of merchants will get access to use the product in their application.

FTXsuperteam is a partnership of SuperteamDAO with FTX Ventures – a private network of promising web3 startups that can help with capital and community.

This is not an accelerator – they are resident problem solvers who angel invest in promising startups' first round and help them get to market. Time moves fast in tech, and even faster in crypto — that’s why they’re razor focussed on saving startup's time. They are starting with a focus on projects built on the Solana blockchain.

FTX Ventures along with Superteam’s core contributors, Akshay BD and Tanmay Bhat and angel investor and entrepreneur Balaji Srinivasan will invest up to a total of $1M into your first external fundraising. The operational team, currently consisting of Neil Shroff and Pratik Dholani, as well as Aravind Menon (India Head, FTX) will be involved in helping you do whatever is needed to get you to the next stage.

GradCapital is a pan-India student-driven institution that supports daring student entrepreneurs. Its mission is to invest in crazy uplifting ideas through capital and advisory support. Based in Bengaluru, GradCapital was founded by IIM-A and BITS Pilani graduates Abhishek Sethi and Prateek Behera to support and invest in startups founded by college students. 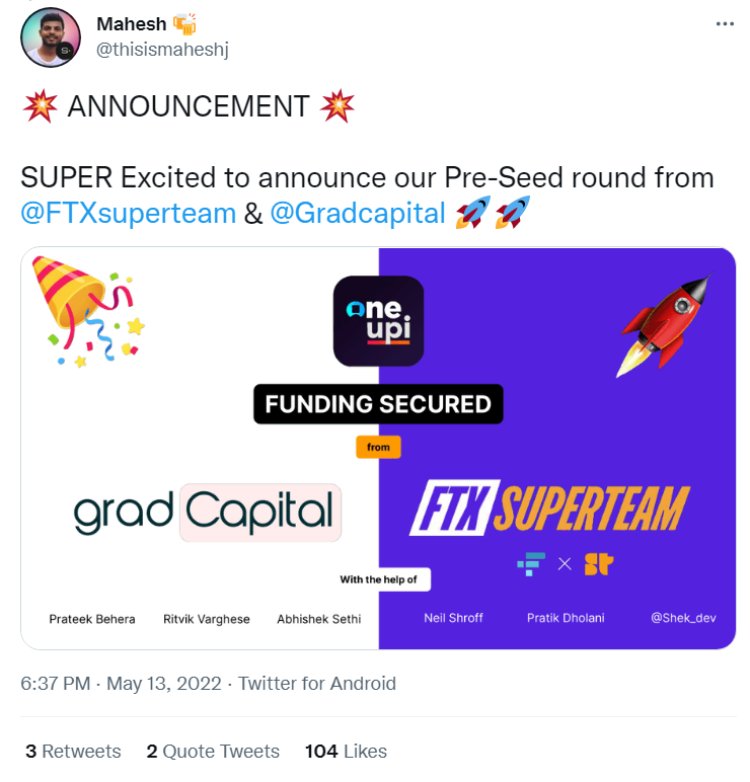 The Solana Foundation Hacker House is a five-day offline event with in-person guidance from core Solana Labs engineers and mentorship from other partners. 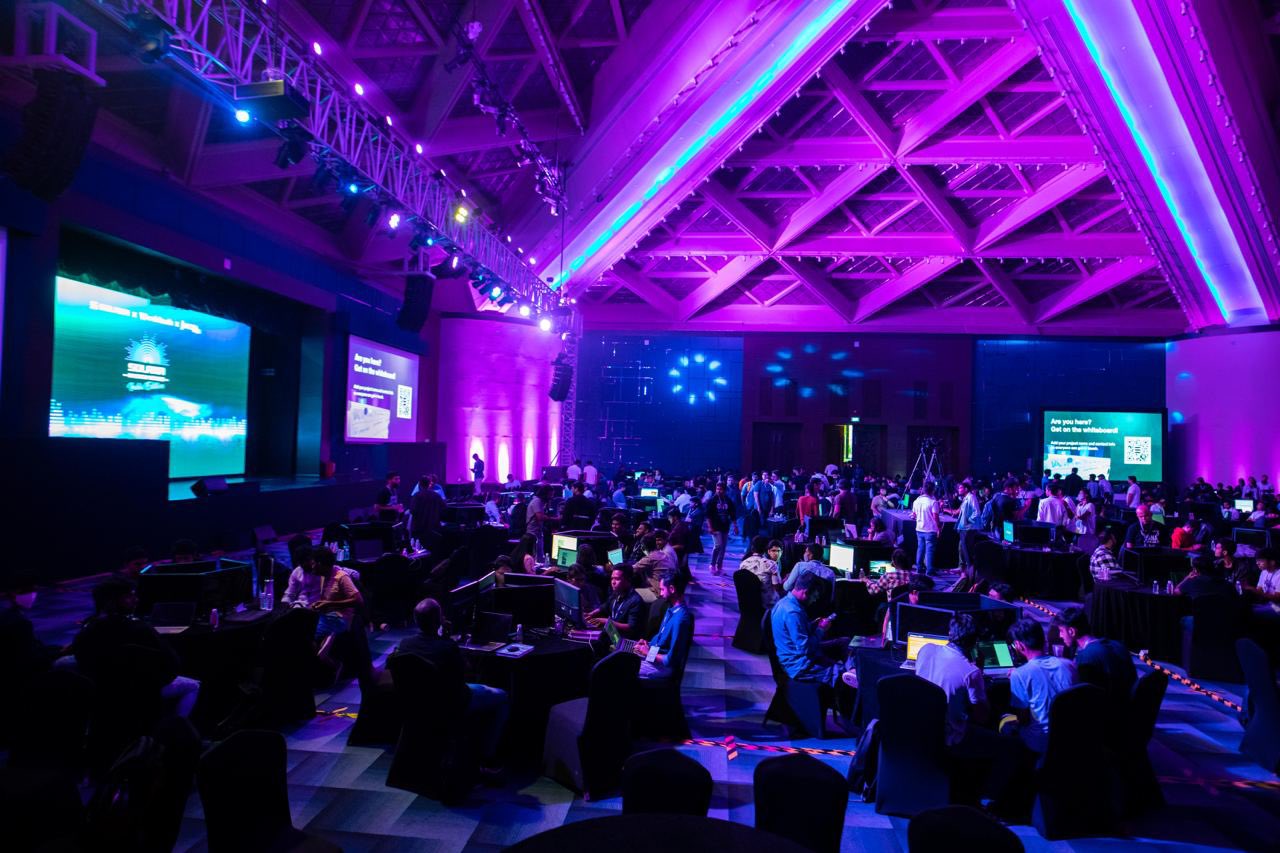 What to Expect in OneUPI Beta

Developers will get access to various SDK (Software Development Kit) provided by oneUPI. As of now, it will support android native apps that are built on java. A well-documented step-by-step guide will be provided on the official website of OneUPI for integration. The Beta will be released to limited batches of users. Merchants will have access to a dashboard to track all their transactions.

OneUPI aims to roll out SDK’s for other popular codebases such as PHP, Kotlin, Swift for iOS, React Native, Flutter etc. 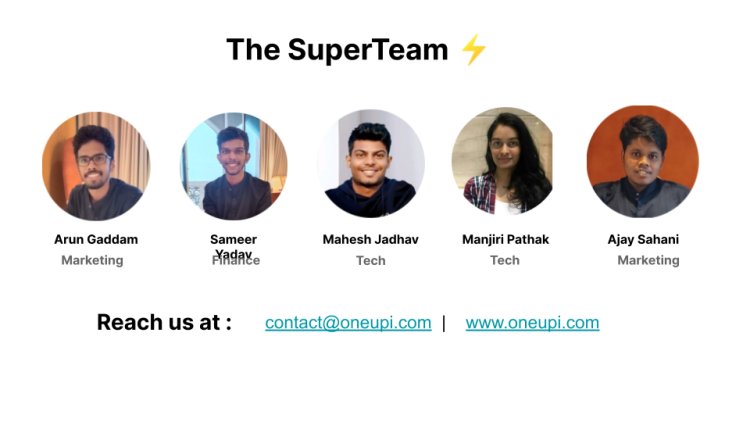 What are the highest earning "play to earn" NFT games? Which one earns the most?

INR 100 Cr Startup Fund from Toch.ai To Invest In Video...