Nanobiotechnology has Applications in medical and clinical fields. Nanotechnology can provide new drug formulations with low side effects and drug delivery methods. 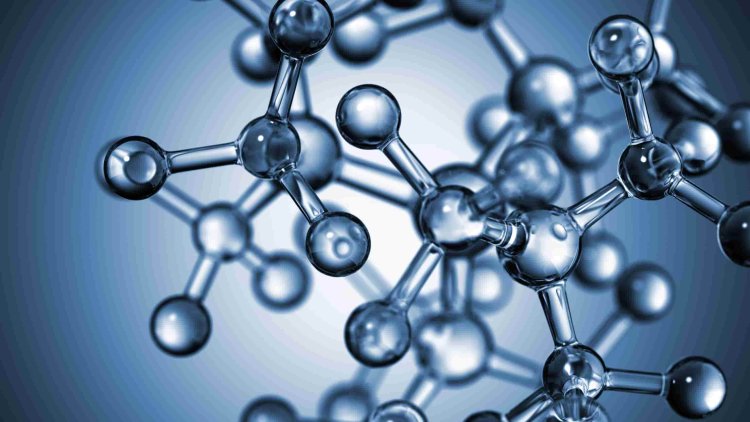 Current diagnostic methods for most diseases depend on the manifestation of visible symptoms before medical professionals recognize that the patient is suffering from a specific disease. But by the time these symptoms occur, treatment may have a reduced chance of effectiveness. So the sooner the disease is diagnosed, the greater the chance of recovery. Ideally, the disease should be diagnosed and cured before symptoms appear. Nucleic acid diagnostics play an important role in this process, as it allows the identification of pathogens and diseased cells at an early asymptomatic stage of development. Current technology, such as polymerase chain reaction (PCR), leads to such tests and devices, but nanotechnology expands the options available, leading to greater sensitivity and better efficiency and economy. 1.
Detection:

Many currently used / conventional clinical studies indicate the presence of the molecule as the disease-causing organism by identifying the binding of a specific antibody to the disease-related target. Typically, such assays are performed by combining antibodies with inorganic/organic dyes and visualizing signals in samples by fluorescence microscopy or electron microscopy. However, dyes often limit the specificity and practice of detection methods. Nanobiotechnology offers solutions using semiconductor nanocrystals (also called "quantum dots"). These tiny probes can withstand much longer cycles of excitation and light emission than typical organic molecules, which decompose more easily [14].

Despite the benefits of magnetic detection, the medical community will continue to prefer optical and colorimetric detection. Nanosphere (Northbrook, Illinois) is one of the companies developing techniques that enable/enable physicians to optically detect genetic composition in biological samples. Gold nanoparticles embedded in short pieces of DNA have become the basis for easy-to-read tests for the presence of any given genetic relationship. If the sequence is interesting for the samples, it binds complementary strands of DNA across many nanospheres and forms a dense network of visible golden beads. This technology enables/accelerates the identification of pathogenic organisms, shows good results in the detection of anthrax, and provides higher sensitivity than currently used tests [15].

Proteins play a central role in determining the biological phenotype of organisms in healthy and diseased states and are more indicative of function. Therefore, proteomics is important in disease diagnosis and pharmacy, where drugs can be developed to alter signaling pathways. Protein chips can be treated with chemical moieties as small modular protein components that bind specific egg proteins with a specific structural or biochemical motif [16]. The two companies currently operating in this application space are Agilent, Inc. and NanoInk, Inc. Agilent uses non-contact inkjet technology to produce microchips by printing oligos and complete cDNAs on nanoscale glass slides. NanoInk uses dip-pen nanolithography (DPN) technology to build a nanoscale structure [17]. 4.
Unusual cell detection

Physiological cells are rare and different from surrounding cells in their normal physiological state (eg, cancer cells, lymphocytes, fetal cells, and HIV-infected cells). They are important in the identification and diagnosis of various genetic defects. However, it is difficult to identify these small cells and then isolate them. Nanobiotechnology represents new opportunities for development in this area. Researchers have developed nanosystems that efficiently sort cells from blood and other tissues. This technology exploits the unique properties of fragmentary cells, which are characterized by differences in deformation, surface charges, and adhesion to specific receptors and/or ligands. For example, by inserting electrodes into microchannels, cells can be precisely controlled based on surface charge. It can also be calculated using biocompatible surfaces with precise nanopores. The Cornell University Nano-Biotechnology Center (NBTC) currently uses these technologies to develop powerful diagnostic tools for the isolation and diagnosis of various diseases [18]. 5.
Nanotechnology as an imaging tool

Intracellular imaging may be possible by labeling target molecules with quantum dots (QD) or synthetic chomophores, such as fluorescent proteins, which facilitate direct examination of the intracellular signaling complex by optical techniques, i. E. confocal fluorescence microscopy as a correlation image [19, 20].

Nanoparticles or therapeutics can be delivered to target areas, including sites that are not readily available in conventional medicine. For example, if a therapeutic chemical can be incorporated into a nanoparticle, it can be transferred to a site of disease or infection by radio or magnetic signals. These nanowrugs can also be designed to be "released" only when specific molecules are present or when external triggers (such as infrared heat) are delivered. At the same time, the detrimental effects of strong drugs can be prevented by reducing the effective dose needed to treat the patient. By encapsulating drugs in nanoscale materials (such as organic dendrimers, hollow polymer capsules, and nanoparticles), release can be controlled more precisely than ever before. Drugs are designed to carry a therapeutic burden (radiation, chemotherapy, or gene therapy) and also for imaging applications [21]. Many substances that cannot be administered orally due to their poor bioavailability now have room for use in nanotechnology therapy [22, 23]. Nanoformulations provide protection for substances that are sensitive to degradation or denaturation when exposed to extreme pH and also prolong drug half-life by prolonging the retention of the formulation by bioadhesion [24, 25 ••]. Another wide application of nanotechnologies is the supply of antigens for vaccination [26, 27]. Recent advances in encapsulation and advances in suitable animal models have shown that microparticles and nanoparticles can improve vaccination [28].

Current gene therapy systems suffer from inherent difficulties in efficient pharmaceutical processing and development and the ability to transform a manipulated mutant into a wild type. The potential immunogenicity of viral vectors involved in gene transfer is also problematic [29, 30]. To address this problem, nanotechnology tools in human gene therapy have been tested and nanoparticle-based non-viral vectors (50-500 nm) for plasmid DNA transport have been described. Thus, the successful introduction of less immunogenic nanoparticle gene carriers as a replacement for hostile viral vectors appears to be beneficial in repairing or replacing damaged human genes [31].

A liposome composed of a lipid bilayer can be used in gene therapy due to its ability to cross lipid bilayers and target cell membranes. The recent use of multiple groups of liposomes in the topical application has been found to be convincingly effective [32, 33]. Liposomes can also help achieve targeted therapy. Zhang et al demonstrated enhanced reporter expression in rhesus monkey brains by combining nanoparticle-treated liposomes (such as polyethylene glycol) with a monoclonal antibody for a human insulin reporter [34]. These successful experiments demonstrate the future of targeted therapy and the importance of nanometer-sized constructs for the development of molecular medicine.

In nature, there are many examples of complex interactions between molecules and surfaces. For example, the interaction between blood cells and the brain or between fungal pathogens and sites of infection depends on a complex interaction between cells and facial features. Nanofabrication demonstrates the complexity of these interactions by altering surface properties with nanoscale resolution, which can lead to hybrid biological systems. This hybrid material can be used for drug screening, such as sensors, medical devices, and implants. Nanosystems, owned by the Irish pharmaceutical company Elan, has developed a polymer coating that can change the surface of drugs with poor water solubility [35].

The costs and time associated with traditional biomolecule design limit the availability of a bioactive molecule. Nanoscale composition and synthesis techniques offer an alternative to traditional methods. Advances can be made through the ability to perform chemical and biological reactions on a solid substrate rather than through traditional solution-based processes. The use of a solid substrate usually means less waste and the ability to handle the biomolecule more accurately.

How to register MLBB Pop Internal Entrance For Anchor

How to Take Screenshot In Samsung M31 [5 EASY METHODS]