According to recent data, about a quarter of U.S. companies are now using artificial intelligence (AI) in some operational aspect. Of course, this includes automakers, financial institutions, and big corporations, including the Trump legal team. 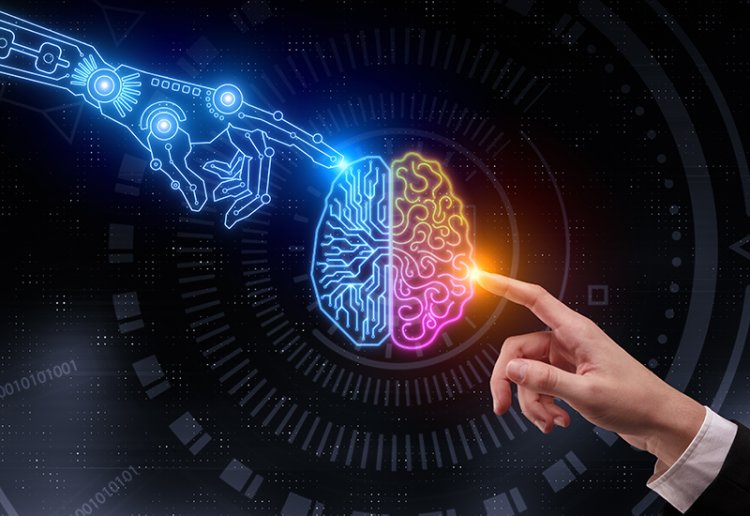 According to recent data, about a quarter of U.S. companies are now using artificial intelligence (AI) in some operational aspect. Of course, this includes automakers, financial institutions, and big corporations, including the Trump legal team. But these days, the  list of supporters also includes small and medium-sized businesses (SMBs).

Unsupervised, an AI and data analytics consulting firm, recently completed a study with data gathered from two major sources: Stanford University's 2021 AI Index report and Deloitte's State of AI in the Enterprise study. Relevant data from CB Insights and International Data Corporation (IDC) were also considered. Unsupervised backed all that up with its own survey of 520 small to midsized business (SMB) owners querying their attitudes towards implementing AI in their operations.

It's an important question: IDC is saying that the use of AI has evolved from the "early adopter" stage into the "mainstream use" phase, so it's predicting that business and government spending on AI will bump up to $97.9 billion in 2023—about two and a half times what it was in 2019. The big driver is that fully 20% of survey respondents say that using AI has helped increase revenue.

Until now big industrial companies have been the main AI adopters, using it primarily to power robotics for manufacturing. They're also using it to build bleedingedge machinelearning (ML) algorithms for advanced dataprocessing techniques, such as predictive analytics. Aside from those primary uses, the Unsupervised study showed that 21% were using it for product and service development, and another 21% focused their operational strategies with AI. Fifteen percent were adding it to their marketing and sales tool kits to get a more accurate handle on important trends and hardtopinpoint metrics such as customer sentiment.

SMBs are the new adopters on the block, but they still aren't using AI as pervasively as enterprises. Unsupervised's data did show that many are deploying it for "softer" tasks, though. For example, the most popular AI chore for smaller businesses is creating content for marketing emails and advertising, with 47% of business owners saying they engaged in this practice. Here, they use artificial intelligence to match commercial content to a much more granular customer demographic  and  automatically adjust content to match. This means reducing the need for annoying writers and editors. Very cool.

Another 44% cited chatbots as their primary use case. Ironically, AI is making significant strides in chatbots. Many companies use them as their first line of contact for support and sales, as most people cannot differentiate between machines and people in these conversations. Meanwhile, 35% mentioned inventory management. If you're wondering how AI is being applied to inventory management, you probably haven't tried ordering Christmas gifts this year.

Cybersecurity is also widely used for AI in small businesses. Because any company can be a target for increasingly sophisticated hacker attacks. About 29% of malicious respondents fall into this category and use AI for advanced endpoint protection, threat analysis, and ultra-fast automated responses to attacks. However, SMBs also point AI at all that data they've been collecting and never know how to use. Up to 26% of respondents said they were using it for fast and very detailed business analytics on large data sets, while 20% were using it to get a handle on what kinds of data they have.

Respondents who said they weren't yet using AI cited three key reasons. First, almost half found the technology too expensive, and 28% indicated they were still looking for more use cases to justify that cost. And similar to the current problem with cybersecurity, AI is experiencing a skills gap:

About 40% of Unsupervised's respondents indicated they would implement the technology if only they could find adequate onstaff expertise. Finally, AI risk mitigation was cited as another key blocker. Here, the Deloitte study went into more detail on business attitudes towards AI risk than either the Unsupervised report or Stanford's study.

Deloitte found that cybersecurity is the mostcited risk among medium and large businesses, with 62% of its respondents saying it was a significant adoption concern. And since so many companies said they were worried about a qualified staff shortage, it's no surprise that 58% of Deloitte's surveyed CEOs were also worried about the impact an AI failure might have on their immediate business process.

Expounding a little more on the AI creepiness factor, businesses of all sizes were concerned with customer blowback once they found out the company was using AI. Apparently, 57% of CEOs are worried about how their customers might react to discovering that a machine intelligence was picking over their data. That's not only because it feels invasive but also because people are concerned AIs might use that data in new ways without permission. This attitude seems to be in response to various government surveillance projects that use AI, notably widespread cameras capable of facial recognition, which many people think is about as attractive as an open autopsy.

Finally, 57% were also concerned with the current state of AI legislation. AI legalities in different jurisdictions and a longstanding and increasingly nasty debate about proper AI ethics have those CEOs worried about whether any current implementation might suddenly become illegal in the future. About half of Deloitte CEO respondents believe the government should strictly regulate the use of AI. Conversely, the other half believe that strong regulation will undermine the benefits of current research and technology. According to the

Uncontrolled report, these and other issues are the reasons why nearly three-quarters of  respondents have not yet adopted AI. However, if the industry can overcome the challenges of cost, customer experience, risk and talent and turn the benefits into easy-to-use tools,  adoption could increase significantly in 2022.

What Is Classification in Data Mining?

Difference Between Data Mining Vs Machine Learning Vs Artificial...

What is Raw Data | Definition of raw data | Examples